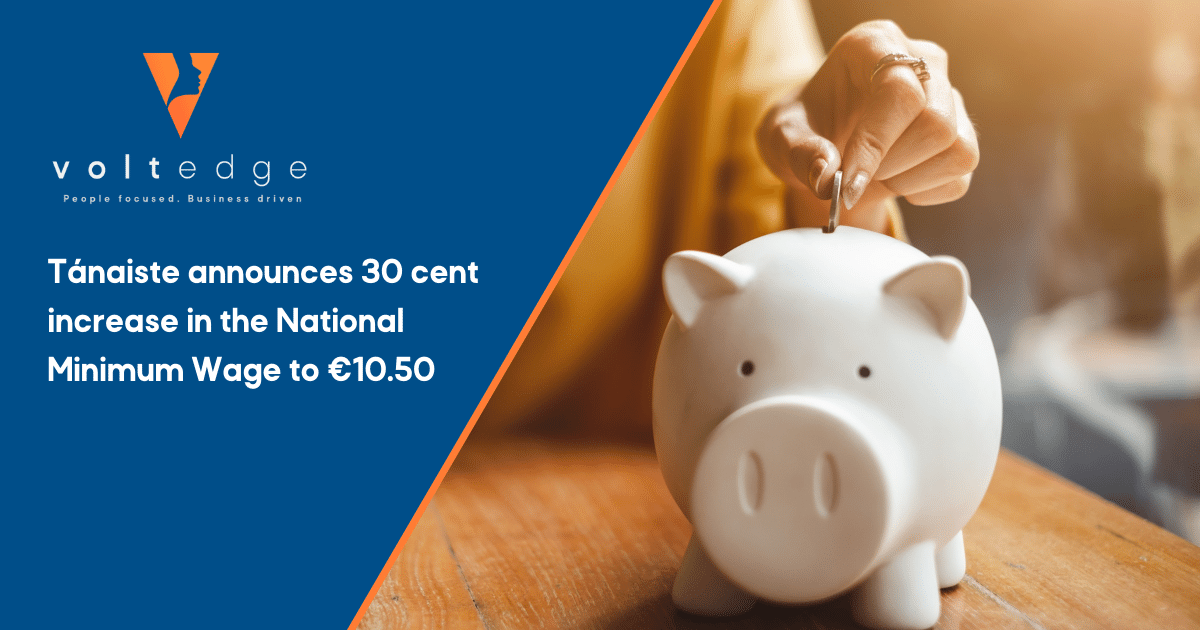 The Tánaiste and Minister for Enterprise, Trade and Employment, Leo Varadkar TD, has received Government approval to accept the recommendation from the Low Pay Commission to increase the National Minimum Wage to €10.50 per hour from 1 January 2022.

This represents a 30-cent increase, or just under 3%, on the current National Minimum Wage of €10.20 per hour and will see at least an estimated 135,000 people get a boost to their wages.

This increase will also mean that those working under certain conditions, under the age of 18, 19 and 20, will receive a corresponding increase in their pay, as they are entitled to a percentage of the full minimum wage rate.

More information can be found here.